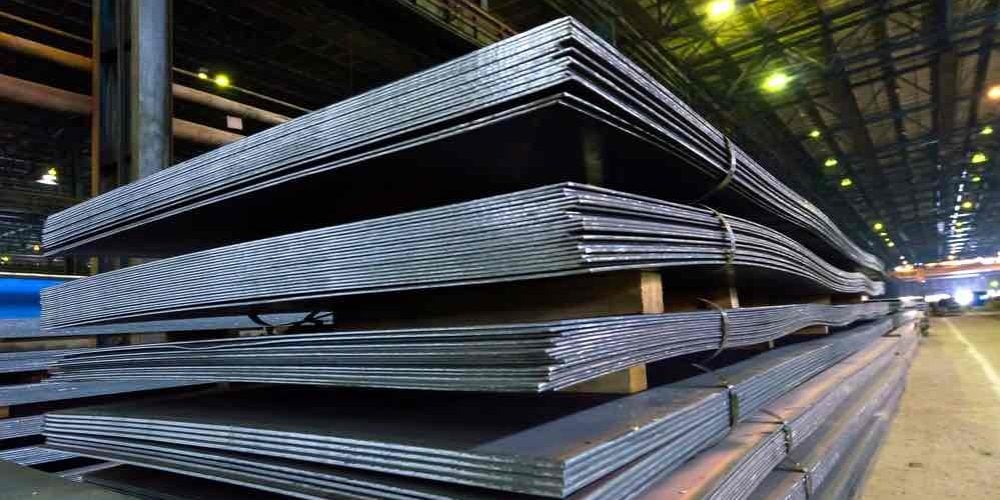 Welding is becoming a more popular and common hobby and skill that people want to pursue. Likely, this is partially due to the abundance of people wanting to build it themselves and save money. If you are new to DIY welding and metal fabrication it can get confusing to know the difference between materials, especially steel gauge thickness.

What else should you know before attempting a project on your own while using steel sheet metal? Continue reading to learn more about how steel gauge thickness is measured and why it matters in this practice.

What is Steel Gauge Thickness?

As an amateur renovator, it can be kind of intimidating to walk into a store with the intention to purchase the supplies you need to complete the project at hand. Unfortunately, asking for help from a store associate is not always as helpful as you might originally hope for. Despite how kind and knowledgeable the store associate may be. If the customer does not know the kind of supplies they need for their project, the associate is of no help.

When measuring the thickness of metal, the gauge will indicate not only how thick the metal is, but how strong it will be. What can be so confusing is the smaller the number of gauge thickness, the thicker the metal will be. For example, 7 gauge steel is much thicker and stronger than 10 or 12 gauge steel. To compare the thickness of the gauge in different metals, refer below to “Gauge Thickness Chart”.

When attempting to find the correct type and thickness of metal for your project, it is important to understand how the gauge actually represents the thickness. When comparing to different measurements of gauge, you need to think about this — how much thicker is one compared to the other?

Let us compare 16 steel gauge thickness to 14 steel gauge thickness. Looking at the numbers associated with their measurements and description, they are only ‘2’ apart from one another. This does not seem like a lot, but once we convert the gauge measurements into something we are more familiar with, like inches, we are able to see the great contrast between these two sizes.

Obviously, one of the biggest benefits of choosing thicker steel is the strength that comes with it. The project you are completing with the metal at hand will be much stronger if you choose to use a thicker gauge metal. When using metal to create something like a lockbox, it is extremely important to use a strong, thick metal. It is pointless to build something meant for security out of thin and frail metal.

Using thicker and stronger metal means there will also be more work required of you. When the metal is strong, it’s harder to bend and shape to your needs. Attempting to use thick metal without the proper tools would be extremely difficult if not impossible.

When purchasing metal for a simple renovation or for a decorative purpose, it might be better to use thinner metal. Thicker gauge steel is also usually more expensive because it is thicker and stronger. It is important to know the thickness needed for a project before purchasing the supplies. Purchasing too thick of metal could be a waste of money and will make it harder than necessary.

Where Did Gauge Come From?

The measuring unit and technique we used today can be dated back to the 19th century. British men working in the iron wire industry were the first to think of this universal measuring unit. The word “gauge” comes from the French word “jauge,” which translates to ‘result of measurement.’ This word has been dated back to French documents from the 13th century.

Gauge started as a way to measure and identify wire-drawing. The numbers used in gauges used to be measured in fractions of a singular inch. This process took place during the 19th century when the measuring unit was still young. As the measuring unit become more standard, it spread to other craftsmen, who found the unit of gauge to be extremely convenient. This further helped the spread of gauge to grow into the universally accepted term it is now.

While gauge may be a universally accepted term, it is not always the same unit measurement everywhere in the world. The need and want for a standardized unit of measure dates back to 1215 in the Magna Carta.

When gauge was introduced, it was a similar but not exact standard for everyone using it in practice. Today, there are about 55 different gauge units of measurement. In an attempt to standardize the measuring unit, it was planned to exchange the gauge measuring system with the International System of Units.

Why Do They Measure Steel Thickness in Gauge and Not Units?

Honestly, it’s the same reason why the United States of America never switched to using the Metric System: people were already stuck in their ways and did not want to change to a new unit of measurement. It was too difficult to attempt to change and standardize this measuring unit that people had been using for their whole life.

Especially in France and England, there have been many attempts to change the gauge and how they measure metal. Due to the International System of Units (SI) signed and put into action in 1960, the gauge is no longer a used measuring unit for Great Britain and other countries.

For countries that still use the gauge, the measurement now used to describe and measure metal today has all been standardized. As long as the unit of measure is standardized, it is accepted.

To read more about the gauge and the history of this measuring unit, click the link below.

The Story of the Gauge

When comparing the thickness of steel-based only on the chart, it may seem like the slight change in number size does not cause that big of a change.

Each change in number represents a big change in thickness, resulting in higher strength and fire protection.

As previously mentioned, it is important to remember that the smaller the number, the thicker the metal. While this may seem backward, it is common practice while measuring and comparing gauge thickness in metal. As the numbers increase, the thickness decreases.

One interesting and confusing thing about gauge numbers is they do not increase by decimal in a standard, constant amount. Graphing gauge decimals on a chart would show how the difference between these numbers changes as the numbers increase.

The larger the gauge number (so the smaller the actual unit will be), the less of a difference there is between one gauge and another. This is because of how the original creators of the gauge measuring system drew out the plans. The smaller the unit became, the less change in metal wire thickness was achievable or even wanted.

It is important to remember while examining and comparing the steel gauge chart that the numbers are approximate. This means that they do not go all the way out to reach the exact measurement. While this may be highly insignificant for someone using this chart for something simple, it is extremely important for others to be aware of this and keep it in mind.

To view a full chart with many different equivalent (approximate) measurements of gauge, click the link below to be directed to the Cornell Law School Gauge Measurement Chart.

How to Check The Gauge of Metal

If you are creating a project in your home and you need to know the exact gauge of a certain type of metal, it can be hard to do with just a simple ruler, especially because the metal can range in such a large amount of thickness. How can you properly find the correct gauge without needing to take it to a professional (who may charge you a lot of money)?

Thickness Gauges are simple-to-use handheld tools you can purchase or borrow from someone to check, measure, and accurately get the gauge thickness of a specific piece of metal. There are different types of thickness gauges that are used for different materials and different types of measures. If you are interested in purchasing a thickness gauge for your home use, it is important to know which instrument you need.

When considering purchasing one of these thickness gauges, it is important to remember there are different kinds of instruments you can choose from including digital, mechanical, pocket-sized — more varieties exist.

What Else is Gauge Used For?

Aside from measuring the thickness of metal — specifically metal wires — the gauge measuring system is also used in some medical tools. Medical catheters and other equipment use the gauge system for proper sizing and measuring. Needles and suture wires also use this system of measurement today.

One interesting thing to note is that while the gauge measuring system is not commonly used due to the long problem of becoming standardized, it has been and will most likely continue to be used in medical tools for the correct measurements and sizing.

The man we can thank for these medical tools using the gauge measuring system is Joseph-Frédéric-Benoît Charrière. He was a maker of surgical instruments in the 19th century.

He chose to have that constant size increase to be 1/3 of a millimeter. This has made using his instruments extremely easy compared to how it used to be. It is also easier to calculate the equivalent size between different units since it goes up by a constant rate. This has made the gauge system a more practical and useful measuring system.

Today, medical tools that still use Joseph-Frédéric-Benoît Charrière’s new version of the gauge measuring system often refer to it as French Sizing (abbreviated to Fr). While this is mostly used and practiced in the United States of America, there are other medical practices in different countries that still use Joseph-Frédéric-Benoît Charrière’s measuring system and medical tools.

Now that you have a good understanding of what steel gauge thickness is and how it works, you can get started on your project.

Take a look at some of the metalworking tools you might need before you start.

We use cookies to ensure that we give you the best experience on our website. If you continue to use this site we will assume that you are happy with it.

NOTE: These settings will only apply to the browser and device you are currently using.