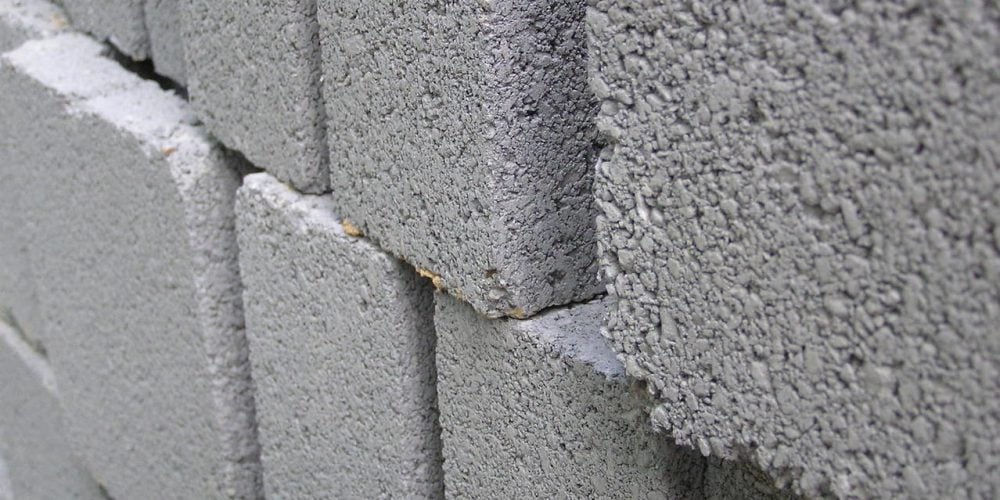 Is Quikrete as Strong as Concrete? (Is There A Difference?)

Concrete is widely used in all types of projects ranging from garage slabs to precast concrete products to small DIY projects around the home. As concrete has developed over time, so various strengths and mixes of concrete have emerged. One of these used often for DIY projects is Quikrete, but is it as strong as regular concrete?

Quikrete, or rapid-set concrete, is just as strong as regular concrete and able to withstand similar force. Quikrete offers different PSI strength ratings from 4,000 PSI to 6500 PSI. Regular concrete PSI ranges from 2,500 to 5,000 except for engineered concrete strength which can be up to 10,000 PSI.

This article will seek to examine the differences between Quikrete and concrete and to explain how those differences affect the strength and usability of each. We will also consider how concrete strength is measured and the various types of concrete that have been developed for specific uses.

Concrete is the most widely used manmade product in the world, and the second most used resource after water (source).

It’s a strong building material that is made of cement and a combination of fine and coarse aggregates, which are ground and then mixed with water. The cement and water form a paste, which, in turn, coats the aggregates.

The cement used in concrete is usually Portland cement, a fine powder that is made by burning and grinding limestone and clay or shale. The process was developed in 1824, and it was named for its resemblance to Portland stone, a limestone found on the British Isle of Portland (source).

The burning of the raw materials causes them to change form, and the chemical components in the stone react when mixed with water, causing it to harden and strengthen in a process called hydration.

The aggregates used include natural sand, crushed stone, and gravel, and, together, these make up nearly three-quarters of the concrete’s total volume (source).

Quikrete is similar to regular concrete, with one key difference — it hardens much, much faster. Quick-setting concrete is specially formulated to trigger rapid hydration. Like classic concrete, its main ingredient is also Portland cement, and, like concrete, it also contains lime and silica (found in sand).

However, unlike concrete, it contains calcium sulfoaluminate (CSA), a compound that causes water to react even faster with the minerals present. This means that fast-setting concrete can set in as little as 40 minutes rather than the days required of traditional concrete.

Chemically, it creates a hydration reaction that consumes all free water very rapidly, resulting in a less permeable product that is unlikely to shrink.

How Is Concrete Strength Measured?

Concrete strength is generally measured by a compression test that determines the strength of hardened concrete. This yields the compressive strength of concrete, or its ability to withstand loads that could compress it, and is measured in psi — pound-force per square inch (source).

This is done by crushing concrete cylinders or cubes in a testing machine while gradually increasing the load and measuring at what force they fail.

Concrete’s compressive strength varies between different types of concrete. Residential concrete only requires 2,500 psi, while commercial structures need at least 4,000 psi and sometimes as much as 10,000 psi for specific uses.

It’s important to test concrete strength to ensure that the concrete used is sufficient for the job it’s required to perform. Tests are conducted on at least two cylinders or cubes made from the same batch of concrete that has been cured for a standard amount of time. Test results will be an average of three consecutive compression tests.

Concrete becomes stronger as it ages, and compressive tests, therefore, need to acknowledge this. For this reason, concrete is generally measured at 7, 14, and 28 days. The table below shows how the strength of concrete develops in its first four weeks (source).

Concrete is graded by the strength required for construction. These grades are defined by mix proportions, which are the ratio of cement, sand, and coarse aggregates in the mix. Regular concrete grades are used for normal building works, while reinforced concrete construction will require high strength or ultra-strength grades.

In the US, there are building codes that govern concrete construction to ensure consistent standards.

What are the different types of Concrete Mix?

There are two types of concrete mixes — namely, design mix and nominal mix. The nominal mix is used for small construction and residential projects and is generally mixed in a proportion of 1:2:4 — one part cement, two parts sand, four parts coarse aggregates.

Design mix proportions are the result of laboratory tests, which determine the compressive strength needed for the structural design of the concrete product.

There are also two methods of mixing — concrete is either mixed by hand or machine. This will depend on the amount of concrete needed — mixing by hand is usually for smaller jobs — as well as the quality required because machine mixing is more consistent.

There are many different types of concrete, and all are appropriate for various uses. Below are some of the most common types.

This concrete is largely used in buildings and pavements that don’t require high tensile strength and is usually made using a nominal mix. It doesn’t withstand vibrations well but is very durable.

This is widely used in industry and construction. Strength is increased by placing rods or cables in the concrete before it sets. These reinforcements help to resist tensile forces and, together with the concrete, create a strong bond that can withstand many applied forces.

These are units that are used to build bridges or other heavily loaded structures. Similarly to reinforced concrete, they use bars or cables, but these are stressed before the concrete is added. This makes them even stronger against tensile forces.

Precast concrete is made in a factory to specification and then put together onsite. This is generally used for projects requiring concrete blocks, precast walls, or staircases.

This concrete is specially formulated to be lighter and is made using lighter aggregates. It’s often used in long-spanning bridges.

High-density concrete is the opposite of lightweight concrete and is made using heavier aggregates. It’s specifically used in atomic power plants to resist radiation.

This is concrete that is prepared in a factory and transported to the building site in trucks for immediate use. It’s commonly used in the construction of buildings, paths, and walls.

As detailed above, this concrete sets fast and can be used quickly. It’s resistant to low temperatures, so it can be used year-round.

When to Use Quikrete and When Not To

If Quikrete can be as strong as concrete, then why would one not use it all the time? This is because it’s quick-drying nature makes it more suitable for some tasks than others. The site where it is going to be used must be fully prepared so that the application can be swift. To read more about this, read “How Long will Quikrete Last?”

Quikrete is most often used in small projects where the work can be completed quickly, such as small repairs or setting posts for fences, mailboxes, or lamps. In the case of posts, you only need to dig a hole, pour in the Quikrete mix, and then add water. Within a few hours, your posts will be solid, and you can hang your load on them.

For the DIY enthusiast, Quikrete makes it possible to complete home projects by yourself. Concrete is difficult to work with and could require a mixing truck and additional materials. With Quikrete, you can mold the mixed product as you need and complete jobs without assistance.

Commercially, fast-setting concrete is regularly used in repairs where it’s important that it dries fast and the area can be used again in a short space of time. This applies to projects like airport runway repairs, tunnel repairs, and so on that cannot wait while the concrete dries. It’s also useful in the following circumstances:

The higher cost of Quikrete is one of the main reasons why regular concrete is preferable for use on large projects, especially where the concrete will be over two inches thick. This applies to projects such as steps, patios, and curbs. Quick-setting concrete can crack after setting if the heat is not properly dissipated.

Also, on large projects, it isn’t always possible to work as fast as required when dealing with Quikrete, and then standard concrete will be the better choice. Standard concrete takes a day or two to set and then requires up to a week to cure, so these timelines need to be built into the project.

Concrete is definitely not as simple as it seems at first glance. There are many different types of concrete, all designed for very specific uses. Concrete is an incredibly strong product, illustrated by the fact that buildings built with concrete in Roman times are still standing today.

Modern innovation has allowed for the development of Quikrete, which sets fast and is very versatile, especially for the home DIY enthusiast. For these kinds of projects, it’s as strong as regular concrete and easier to work with. However, for large-scale commercial projects, Quikrete is unlikely to be the answer.