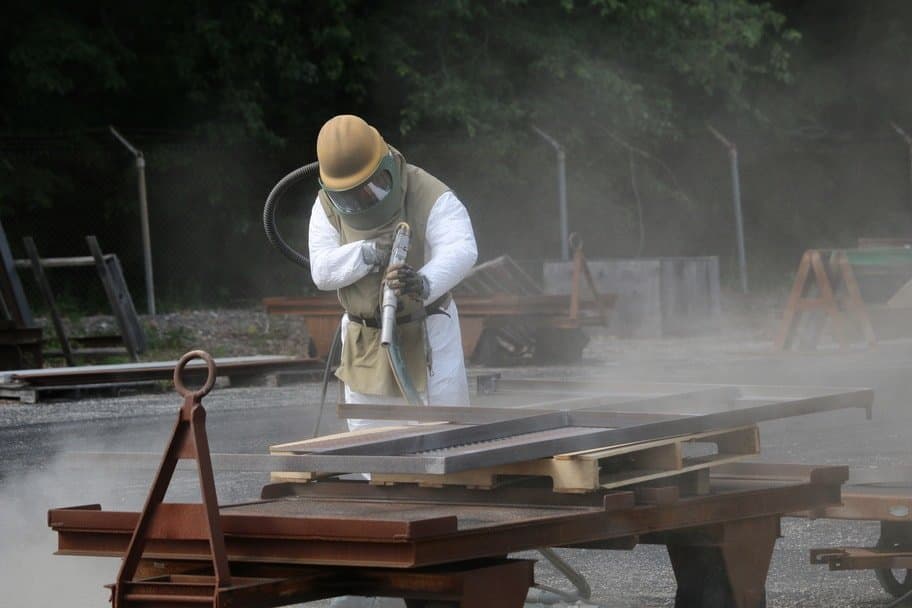 One of the quickest and most effective ways to smooth down a surface is by sandblasting, which is a process where an abrasive material is blasted against a surface to make it as smooth as possible.

If you are reading this article, chances are that you are looking to sandblast a metal surface or even a woodworking project. If this is your case, something that you must be wondering is “how much does sandblasting cost?” I have decades in the metal fabrication and woodworking industries, so I know a thing or two about the topic. 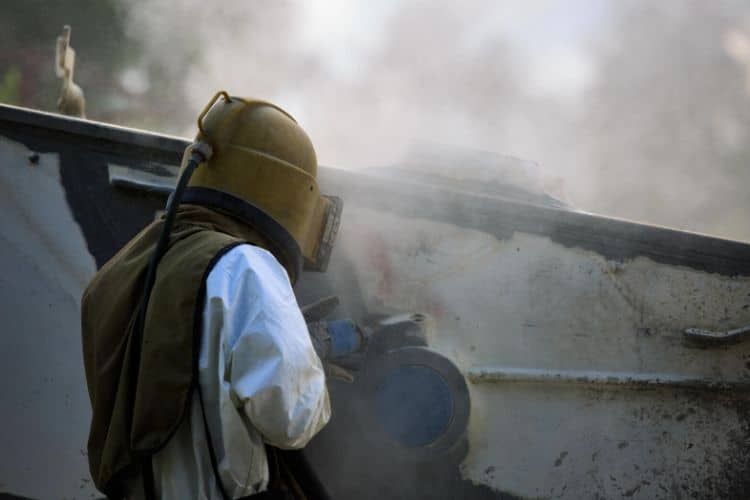 There are some folks that are going to find this a little bit too much for their budget, and if it is the case for you, I happy to tell you that you can always do the sandblasting yourself with your own gear. Doing so will save you several hundred dollars, especially if you are thinking of sandblasting again in the near future.

Anyways, if you are interested in learning more about sandblasting, why it’s so expensive in the first place, and the different types of abrasive blasting, please check below!

So Why Is It So Expensive Then?

Many folks will find the already mentioned prices a little bit expensive, but they are pricey because of a reason. Sandblasting companies charge you so much because there are some locations where you need a special permit to do the blasting. 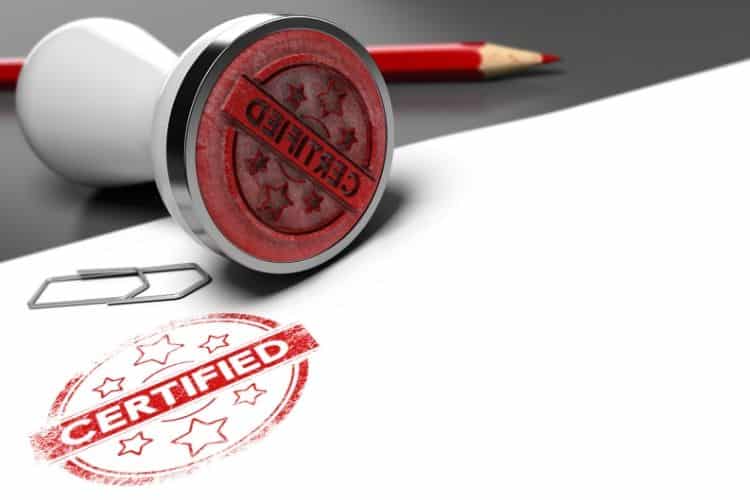 This means that the general public can’t do the work themselves, forcing them to call professional help. Companies take advantage of this fact and they charge up the prices of their services, which means that sandblasting even a small wooden cabinet can cost you hundreds of dollars.

Also, sandblasting can get really expensive if there’s a lot of area to be worked on. Obviously, prices for sandblasting an entire wall will be completely different than the prices of sandblasting a few brick steps on a porch.

Finally, another thing will affect the prices of sandblasting is the type of sandblasting that is going to be performed. As you will learn below, there are several types of sandblasting, including wet, dry, and vacuum blasting, among other types. The main ones are the first 2 that I mentioned, and nowadays, dry blasting is usually the more expensive of the 2, because of the fact that it tends to be more dangerous and companies need a special permit to actually do the work.

Types Of Sandblasting and Differences

As I said above, the costs of sandblasting will partly depend on the specific sandblasting method being used. They have a few other differences though, so I decided to create a list talking about the different types of sandblasting and the way they contrast with each other.

The most common type of sandblasting, this method works by combining an abrasive material such as silica sand with water and then blasting the mix into a surface. Because of the water being used, this method is ideal for working on more gentle surfaces that are too fragile to be dry-blasted. This method also tends to be cheaper than Dry-blasting, but it’s usually less effective at smoothing surfaces compared to it too. 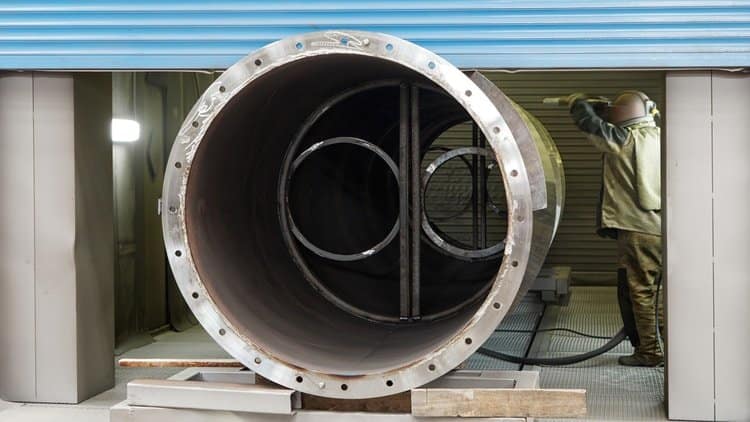 Unlike wet blasting, dry blasting doesn’t use any water or liquid in general, but instead, it involves highly pressurized air, which blasts abrasives onto a surface. Because there is no water involved, the blasting is less lubricated, making this type of blasting ideal for rusty metal surfaces. Dry blasting also tends to be more hazardous than wet blasting for everybody involved in the abrasion process. The blasting generates a lot of dust and also the chance of the machine operator inhaling the abrasives. This is one of the reasons why you need a permit to actually do this type of abrasion.

A more modern form of blasting, dry-ice blasting is exactly what the name implies: instead of using a conventional abrasive, solid carbon dioxide is used instead. This method has been praised because it’s much safer than traditional dry blasting, and while it can be pricier too, it also tends to be more forgiving of the surfaces being blasted. However, it could be hard to find a company that actually provides this kind of blasting, so using it might not even be possible.

Also known as glass blasting, this is a type of blasting that uses glass beads as the abrasive to clean a surface, hence the Bead blasting name. The big pro about this method is the fact that the surface is not going to be damaged, which is the reason why this method is often used for removing car paint and in fragile metal surfaces. It’s also a popular way to alter metal pieces for cosmetic purposes. 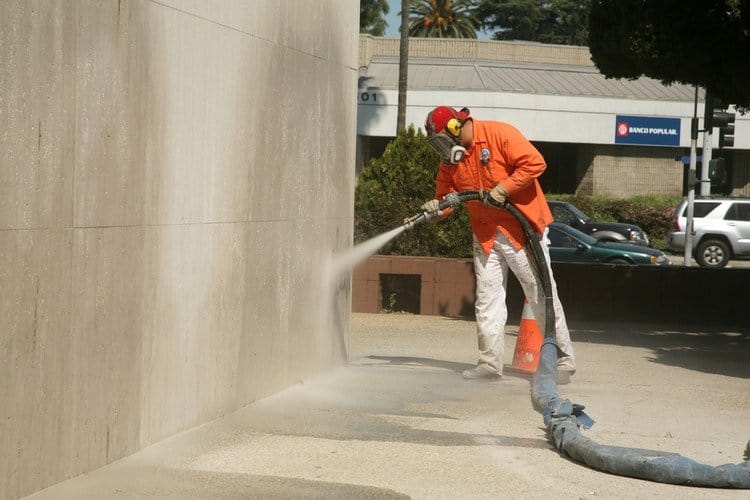 Also known as water-blasting, many people confuse this type of blasting with wet blasting, but I will tell what the difference is: waterblasting is simply using a high-pressure stream of water to clean a surface from debris, dirt, etc… while wet blasting actually has to do with mixing water with abrasives to smooth out a surface. In other words, water-blasting isn’t even a form of abrasive blasting per se, but just another name for pressure washing.

These are just a few types of sandblasting, but they are not the only ones. Some other types of abrasive blasting include soda blasting and ice blasting, among others.

This is something that many of you might be wondering, and the answer is that it depends. First of all, depending on where you live, you might need a permit to do any kind of abrasion work, so it might be wise to call your city’s authorities to see if that’s the case.

Check out our DIY pressurized sandblasting plans as mentioned earlier in this article so that you can sandblast yourself and save money without requiring the assistance of any company. If you know how to do minor welding (or someone who does) you can easily build this yourself click this link for complete details!

So as I said above, the prices of sandblasting will vary a lot, but you can usually expect to be charged between 50-100 dollars per hour of labor depending on factors such as where you live, the amount of material to be used, and the amount of surface to be sandblasted, among other things.

Many folks find this way too expensive, and if that’s your case, the only alternative might be to do the sandblasting yourself. You can either buy a sandblaster from Amazon or you can make your own sandblaster using one my sandblaster DIY plan. Either one is going to save you money both short and long term. Just make sure that there are no special requirements for sandblasting where you live.