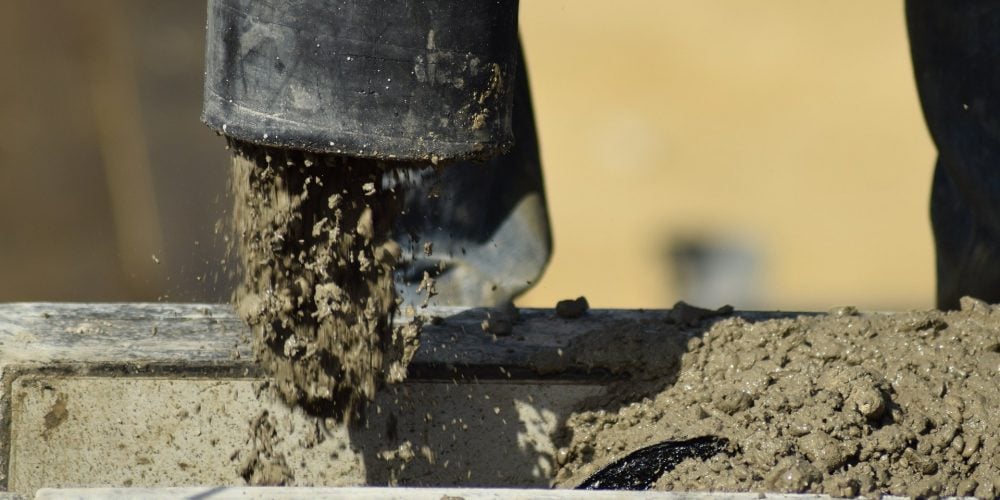 Can You Concrete Over Sewage Pipes? (What To Do)

Re-pouring a basement floor over a sewage pipe, or another similar project is not without its pail full of questions.  If you plan on doing a job like this around your house you obviously want it done right. So can you pour concrete over sewage pipes and whats the standard protocol?

When the correct pipe schedule, like a schedule PVC 40 (can handle up to 450psi) or better, and the installation includes a proper bed of gravel backfill for support,  sewage piping may install under freshly poured concrete.

However, one should still consider the amount of weight being placed upon the pipe.  As long as the concrete pours correctly and the line supports minimal weight, it should be fine.

The pipe should also be sealed appropriately at any joints to ensure that water from the wet concrete does not seep into any joints damaging the seal of the line.

Let’s talk a little more about concrete and standard PVC sewage pipe interactions for a moment.

If you’re installing a PVC pipe into somewhere that wet concrete contact occurs, then knowing how the two react to one another is essential, if not crucial, to your projects’ success.

In this situation, where proper support for the concrete is not installed, the weight of the concrete pressing against the drain pipe can cause damage to the pipe. Even if schedule 40 pipe is used that can handle inner pressures of 450psi, this can still occur. (source)

Generally, damage only occurs to PVC pipe from concrete when the installation was done improperly. Another cause there is a high water table, and there is improper drainage underneath the floor. This situation can cause significant shifting in foundations when the concrete shifts plastic piping may not.  And the piping may be found to become under pressure from the weight of the concrete floor.

However, if we are discussing new wet concrete – this does not react with PVC pipe in time for any sort of concern. As mentioned previously, the problem is with weight and the line being able to withstand the weight. This is why a proper gravel bed around the pipe to support the concrete’s weight and take the weight onto the gravel and not the pipe itself is the ideal situation when pouring concrete over any PVC sewage pipe.

Before going over all of the different considerations and things you should keep in mind when doing concrete work over a sewage pipe, take a look at this video.  It’s about laying some PVC sewage pipe underneath where concrete will be poured.

As you can see in the video, it’s highly important that the gravel bed is underneath the line and around the pipe and even going up over the pipe. This bed is firmly installed and consideration to not having any gaps taken into account. If there are gaps underneath any runs of this type, the weight can cause the pipe to flex, and over time the pipe will become more brittle, and it could crack if it’s trying to bend under the weight of a concrete floor.

Another consideration is not only the weight distribution but also the depth of concrete and what will be placed on the concrete above. If the concrete is a structural area where you intend to build walls on top of the concrete floor at that juncture, it could cause extra weight on that area of the floor, which could cause shifting.

Every house shifts. It happens over time, and there’s nothing anybody can do about it. But, if you prepare by having your proper gravel bed around your piping, then pouring concrete on top shouldn’t be an issue.  It’s because the gravel will allow a certain amount of settling. It will also allow for a certain amount of movement without damaging the pipe and while still holding in maintaining the weight of the concrete above.

How To Pour Concrete Over Sewage Pipes

I really like how the following video shows some really clever tricks for doing concrete work over sewage piping in a basement.

Seal any joints in the pipe to ensure no water from wet concrete can penetrate.  Silicone caulk is adequate.

Fill around the pipe with gravel.  Ensure gravel extends out from the pipe and that the entire area under concrete is packed gravel.  The rock will accomplish three things:

Pack the gravel firmly, but not forcefully.  The stone should fill any gaps and be rough to accommodate the appropriate depth of required concrete.

Most of the pipe ought to be covered with gravel, and minimal pipe exposed to wet concrete.  The concrete will not damage the pipe chemically, but the more exposure, the higher the chances of shifting concrete damaging the pipe.

Mix concrete as per manufacturers’ recommendations for even consistency.  Do not attempt to mix concrete where you intend to use it.  Use a pail or similar to mix the concrete.  Only once mixed thoroughly should you proceed.

Pour the concrete into place.  If you’re installing a floor drain of some sort, watch the video above to learn a cool tip for making a drain box with wood to form the concrete in a convenient square where you need drain components.

A Note On Thermal Expansion

So, the issue happens to be if you have a PVC pipe embedded in concrete, and you run hot or even warm water in that PVC pipe. In most cases, what will happen is the PVC pipe will want to expand.  It causes pressure on the pipe, pushing outwardly on the concrete. It can deform pipe as well as fracture joints and fracture glue or adhesive used to connect PVC pipes together via connectors, joints, or elbows. Elbows and connections are where directional change occurs, and are higher subject to thermal expansion issues.

When you’re placing new pipes, you’re probably wondering if the older lines are made of concrete just how long are those going to last.  It’s a significant concern of many municipalities.  And it could mean that a street near you will need to tear up for considerable work.

The average life expectancy for a concrete pipe is between 50 and 75 years under normal conditions.  Many municipalities face enormous expenses to replace this sort of piping.

The preferred type of modern pipe is PVC piping.  Its a kind of pipe known to withstand time well compared with traditional forms of piping.  It is also the most easily accessible for everyday building and found in most hardware stores.

Want to know more about concrete?

1 thought on “Can You Concrete Over Sewage Pipes? (What To Do)”