When transporting loads of crude oil, it’s helpful to be able to calculate the weight of your cargo to comply with weight regulations. Since a gallon is a measure of volume and not weight, how much does a gallon of crude oil weigh? 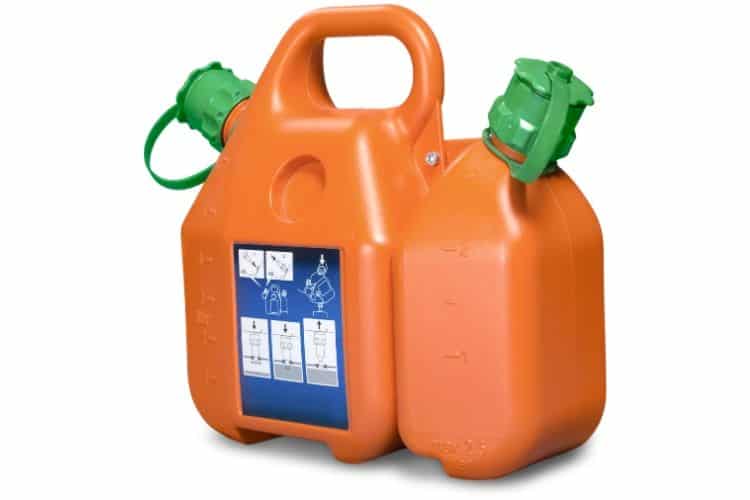 How to Calculate the Weight of a Gallon of Oil

To convert volume in gallons into weight in pounds, you will need to know the density of the liquid as well as the temperature. The measures established for this purpose are specific gravity and API gravity.

The United States Bureau of Standards (changed to the National Institute of Standards in 1988) adopted the Baumé Scale in 1916 to establish the specific gravity of liquids (source).

If you know the specific gravity of a liquid, you can calculate its weight in pounds by multiplying it by the density of water in pounds per US gallon (lbs/US gal) at a specific temperature.

The petroleum industry has established a measure known as API gravity to measure the density of petroleum liquids. API stands for the American Petroleum Institute (API), which established API gravity in 1921 in conjunction with the US Bureau of Standards.

The primary grades of crude oil are light, medium, and heavy, with different countries and organizations having different standards. The weight of a gallon of light, medium, or heavy crude will differ from the next grade by one quarter to half a pound per gallon depending on the standard used. 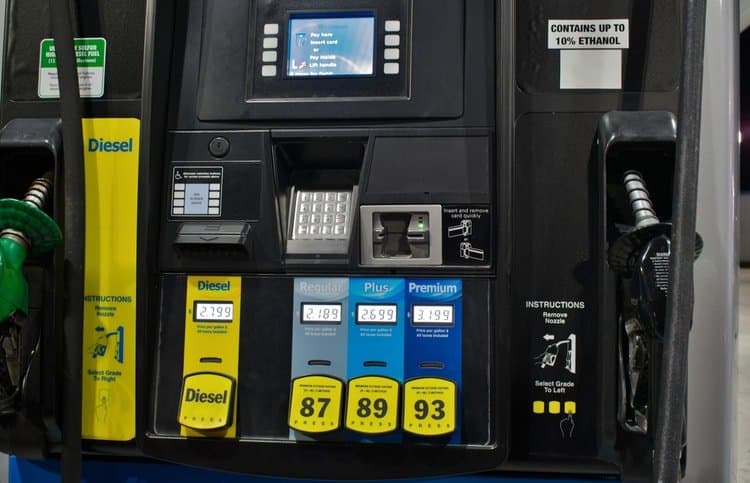 The Threshold for Light Crude

Since crude oil produced in the United States is much lighter than that produced in either Mexico or Canada, both Canada and Mexico have lower API standards for what qualifies at light crude oil.

The government of Alberta defines it as 35 API, while the National Energy Board of Canada determined that light crude oil can have an API as low as 30.1° (source). Pemex, a state-owned Mexican oil company, defines the limits of light crude oil between 27° and 38° API (source).

If we go by the minimum standard of the Louisiana DNR, which is closer to international standards, of 31.1 API, that gives us a minimum weight for light crude oil of 7.255 lbs/US gal.

The Dubai Crude, produced by the United Arab Emirates, has an API of 31, which makes it medium crude by American standards. It weights 7.259 lbs/US gal.

Mars blend crude, which is extracted off the coast of Louisiana, has an API gravity of 28 and a weight of 7.396 lbs/US gal. Mars blend crude is one of the four key benchmarks for US crude, including lighter blends like Light Louisiana Sweet, WTI Houston, and WTI Midland (source).

Going by the often-cited Louisiana DNR standards, we get a weight range for medium crude of 7.255 to 7.54 lbs/US gal. 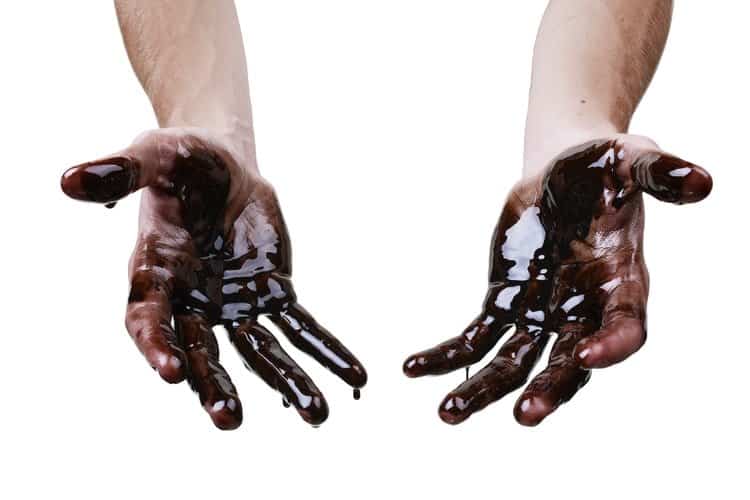 Heavy crude oil is highly viscous and dense with a low API gravity and high specific gravity. The hydrocarbon chains of heavy crude oil are longer than other crudes, and they tend to have more contaminants like sulfur (source).

Heavy crude oils command lower prices on the world market because they require more processing while producing lower quantities of gasoline, diesel, and other products.

Extra heavy crude oils have an API less than ten or specific gravity of 1, which is equal to the density of water. At 60°F, a heavy crude oil with an API of 10 will weigh around 8.3369 lbs per gallon. Anything with an API lower than that will sink in water (source).

Origins of the 42-Gallon Barrel 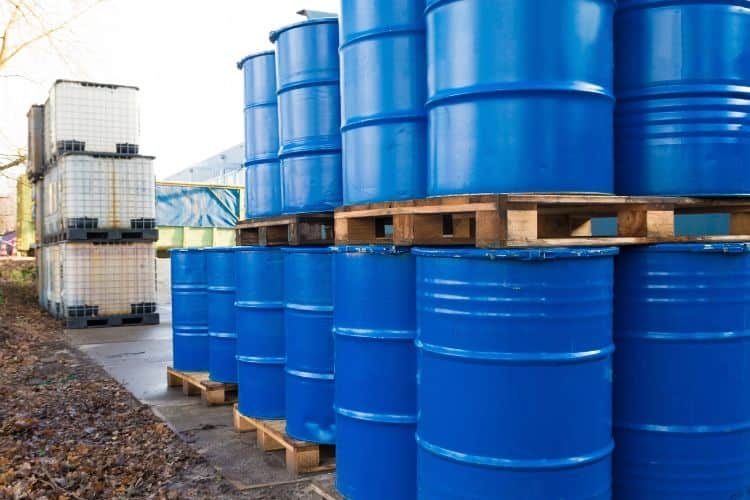 The 42-gallon barrel is based on the English tierce. The tierce was used as a measure of volume for wine since at least the reign of King Richard III of England (1482-1485), and it became a standard for guilds of professional coopers. The tradition continued in the United States, and they were common in the 19th century (source).

When the first commercial oil well was sunk in the United States in 1859, the extractors needed large quantities of high-volume barrels and casks. They gathered whatever barrels they could, which included 40-gallon whiskey barrels and 42-gallon tierces normally used for wine, fish, turpentine, bear, or molasses.

By 1866, Pennsylvania oil producers recognized the need for a standard volume, and they settled on the 42-gallon barrel. In 1872, it became the official standard of the Petroleum Producers Association.

In 1902, John D. Rockefeller’s Standard Oil Company introduced a steel oil barrel that held 42 gallons to replace the older wooden barrels. These early steel barrels were riveted together and still had a tendency to leak.

How Much Does a Barrel of Oil Weigh?

The 42-gallon barrel measurement is largely limited to the oil industry, and other industries use a different sized barrel. For example, a wine barrel holds 31.5 US gallons, 26.2 Imperial gallons, or 119.2 liters.

The Adoption of the 55-Gallon Steel Drum

The 55-gallon steel drum was designed by Henry Wehrhahn based on the ideas of his employer, a famous female journalist turned business owner, Elizabeth Sherman (1867-1922), known by her pen name, Nelly Bly (source).

Bly was the widow of Robert Seaman, who died in 1904, and she became president of his Iron Clad Manufacturing Company of Brooklyn, New York. Wehrhahan filed for the two patents that were the basis of the 55-gallon steel drum, which were then acquired by Nelly Bly.

The subsidiary American Steel Barrel Company was able to produce about 1,000 of these 55-gallon drums a day. However, the company fell into legal trouble by 1911 and was bankrupt by 1912. After serving a brief jail sentence for refusing to turn over certain records to her creditors, Nelly Bly returned to journalism (source).

The 55-gallon drum really came into its own during World War II, where they were critical for transporting fuel oils and other chemicals necessary to the war efforts of Allied and Axis forces alike. It was during this war that militaries established the specifications and dimensions of the 55-gallon drums used today (source).

By the 1950s, companies were phasing out the physical 42-gallon barrels in the oil industry while retaining them as a unit of measurement.

How Much Does a 55-Gallon Drum of Oil Weigh?

The drum is measured in 55 US gallons, which is the equivalent of 45.8 Imperial gallons and 208 liters. The 55-gallon drum remains the standard for shipping large amounts of oil, water, foodstuffs, and chemical waste.

When calculating the weight of a cargo of oil drums, the weight of the drum itself also has to be factored in. 55-gallon drums are now made of steel, plastic, and even paperboard (also called fiber drums). A steel drum will weigh about 40 lbs, a plastic one around 20 lbs, and a fiber drum about 17 lbs.

As for medium crude, the weight of the oil in a 55-gallon drum will be somewhere between 399 lbs and 414.7 lbs based on the Louisiana DNR standard. Including the drum, that’s between 439 and 454.7 lbs per drum.

The Age of Supertankers

Large tankers like the US T-3 oil tanker were used during World War II that could carry up to 200,000 barrels. However, the closing of the Suez Canal in 1956 led to the development of the supertanker. Instead of holding actual physical barrels or drums, oil tankers carry oil in a series of tanks. 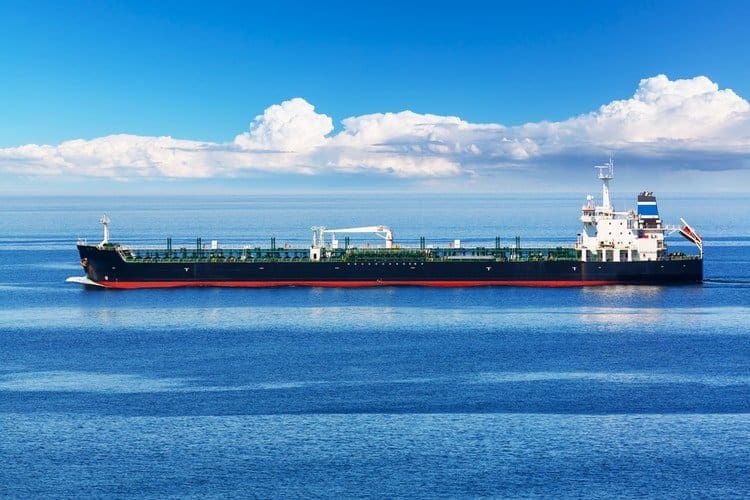 Barrels and Drums per Metric Ton

As you can see, the weight of a gallon of oil is directly dependant on its grade as measured by the oil’s API gravity. The higher the oil’s API gravity, the lighter the oil is, and the higher its value is. Lighter oils produce higher levels of gasoline, diesel, and jet fuel, which is why they command such a high price.